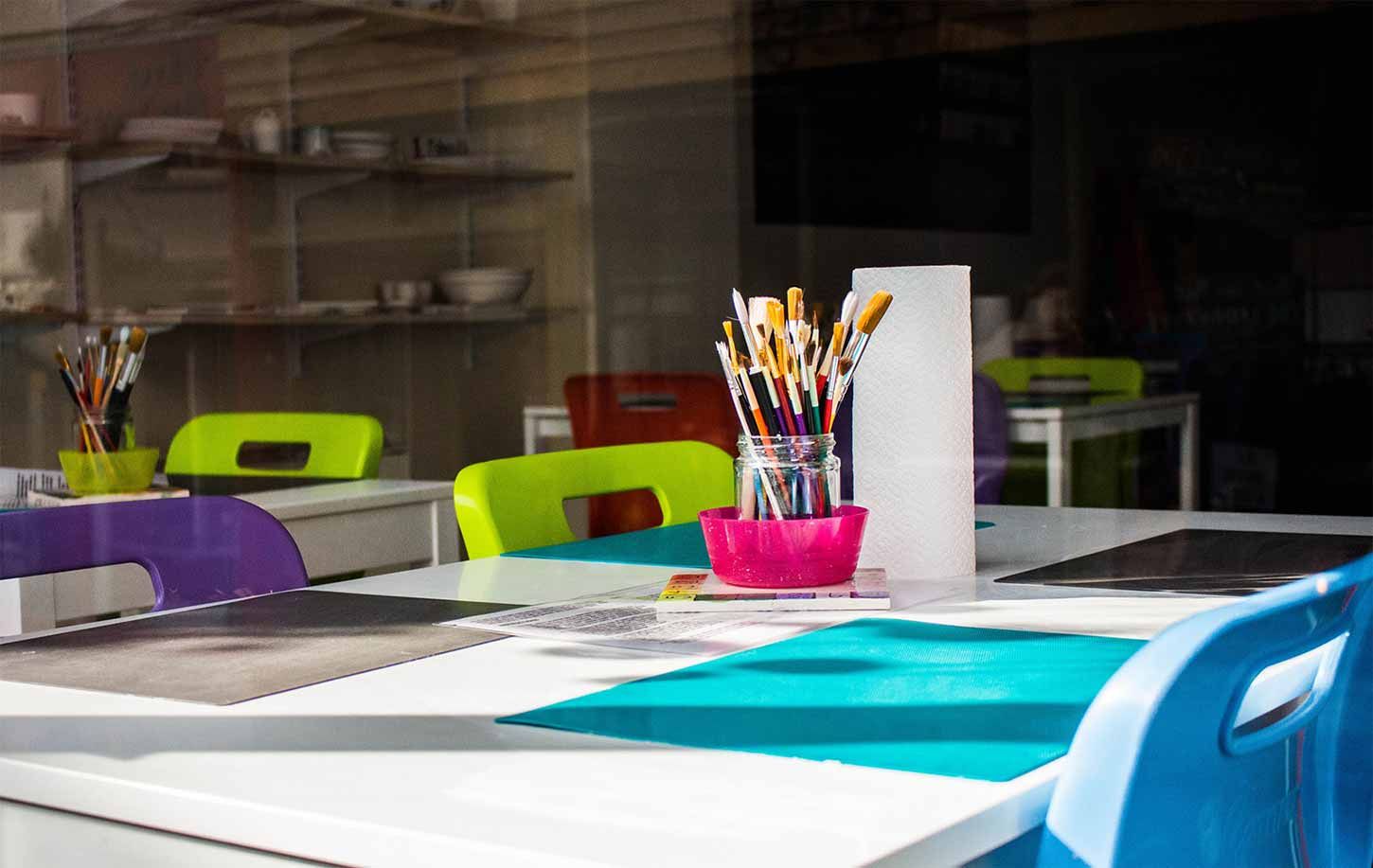 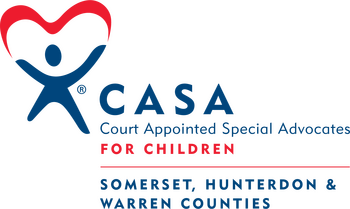 Brittney - In Her Voice 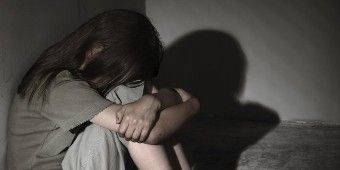 Close your eyes, picture yourself as a fifteen year old girl ripped away from the only life you’ve ever known. Allow yourself to feel the emotions of this tragedy. Hard to even imagine isn’t it? It is a harsh reality and this nightmare was mine. The predicament I was in, which I had no control over brought me to CASA, a silver lining in an otherwise dark story.

I grew up with parents with substance abuse problems. My father was physically, emotionally, and mentally abusive to myself and my older sister. To say this scenario presented “difficulties” would be an understatement. My younger years were a mix of fabulous and horrific memories. My father was Dr. Jekyll and Mr. Hyde. He was my hero and my biggest fear all wrapped in one. Living with him you could never know which man you would encounter from one conversation to the next. Trying to live while constantly walking on egg shells as the expression goes. I always remember my mother being this frail woman, unable to defend herself or her family, and I always remember saying to myself I refuse to be her! I knew at a very young age I wanted to be strong, independent and able to defend myself and those who needed me. When she wasn’t weak she was an extraordinary mother. When he was being my hero he was an extraordinary father. My life has been filled with a mix of fabulous and horrific memories.

When I was 15 years old I was taken away from my parents by the Division of Youth and Family Services. I was removed from their custody due to their drug use, my father’s abuse, and their neglect. I can still remember this day as if I have relived it every day of my life since then. I can tell you the weather on this particular day, what I was wearing and most other trivial details. It is forever imbedded in me.

After being removed from my parents’ custody I was placed in a psychiatric hospital for a total of 4 months and a total of 8 placements by the time I turned 18. Inconsistency became my normalcy. While I was in the psychiatric hospital I was diagnosed as depressed, bipolar, OCD, anxiety disorder, behavioral issues, authoritative problems, anger management issues, and I was classified as emotionally disturbed. I was self-harming in the form of cutting myself any chance I could get with anything I could get my hands on since the 7th grade and no one knew until now. I was taking over-the-counter medication to sleep or just medicate myself to the point that I overdosed at one point. I even had issues with eating disorders. I was clearly unstable.

I know now as an adult that the pain I suffered from was not my fault, I was sick and desperately needed help. While involved with DYFS I acquired what I jokingly referred to as my “entourage.” I had a total of 5 different DYFS workers, 1 CMO worker, 2 Catholic Charities worker, 1 mentor, and 1 CASA worker assigned to my case. With all of these people involved constantly trying to control every aspect of my life I grew tired and hard; jaded.

As a junior in high school while living in a foster home I was assigned a CASA worker. My CASA worker was told her key task with me was college planning. Well I was already given a Catholic Charities WRAP worker for that exact task. So my CASA worker had seemingly hit a wall, but right here in that moment is where the dedication and true concern was demonstrated. My CASA worker could have gone back to her supervisor and simply reported that I required no further assistance from their agency but instead she decided to stick by me and find a way to make her presence needed and helpful. My senior year in high school started normal enough. Well as normal as it could be for me. But then all of a sudden college planning was the least of my worries. At 17 years old a senior in high school with big dreams I found out I was pregnant. Again my life spun for a whirlwind. I made a hard decision at a young age; I knew I was going to be a mother. DYFS was unsupportive to say the least. But CASA heard me, understood me and supported my decision. My CASA worker was there. Instead of being like everyone else and doubting me or questioning me she was there. In my corner, by my side, with me. She jumped right in and was able to assist in getting me clothes through donations. This small gesture was of huge significance. Here is where CASA demonstrated compassion and understanding, here is where I knew I was more than just a case file. My life was yet again uprooted. DYFS believed I needed parent training. My CASA worker was never informed of my move but she searched for me, my new placement and my new plan. She was determined! She was going to be a part of my life and she was going to make a difference while doing so. While pregnant I was placed in a pregnancy program. While there I felt alone, judged, and depressed. I was receiving threats from DYFS that my child would be taken from me upon birth. Scared and overwhelmed I felt beaten. CASA was there for me. They were there to be my voice and boy were they loud! They came to every meeting concerning me and in each one had only my best interest in mind. I growingly came to appreciate and admire these women and this agency. They fought for me, with me, no matter what, from something small like a broken promise to major issues like my stability as a mother. They were at every meeting, every visit and every court date. They never gave up or gave in. Here is where I experienced CASA’s consistency and stability. Even when I lost it within myself CASA saw strength and pride in me, they never lost faith. I now had people I could trust and depend on. To a person like me that’s means the world! When I aged out of DYFS I assumed these women and this organization would disappear and forget all about me just like all the others did. But to my surprise they still have not left my side! As a child I experienced my first encounter with DYFS which was scary enough. And now as an adult aging out of the system I was going to experience them as a parent. I now had my own DYFS case as a parent. There is no way for me to truly express how this made me feel but close to dying, feeling as lost as ever there was CASA. They constructed a letter informing DYFS of their opinions of me as a mother. It was compelling and beyond appreciated. It was a beautiful gift. Here is where I was shown that no matter what walk of life you come from you deserve a second chance and there are people out there willing to give it to you. The dedication this organization has shown me is tremendous! I’ve been given things from resume building and job assistance to moral support and encouragement. The list goes on and on. They have truly made a deep impact and significant different in my life and clearly continue to do so to this day. I consider the members of this organization my friends and family. Here is where I learned family isn’t just your blood it’s whose there when it count. And that’s something CASA is extraordinary at; they are always there when it counts!

I would like to consider myself a success story in the works and I know that would not be possible without CASA. There are so many children out there just like me who just needed one person, one voice to stand up and say I care you matter and you deserve more. CASA’s are people who take any circumstance and turn it into a great opportunity. Who doesn’t need someone like that by their side?!

Now close your eyes. Reflect on my story. Realize I have only scratched the surface on the hardships my life has endured. Pretend for a moment I never received the help I did from CASA. Where do you think I would be? I am glad I do not have to answer that question but instead I stand before you a success story in the making, married with 3 beautiful healthy children living my own life coping with it all as it comes at me. Proudly speaking to anyone who will listen about this amazing organization. All because someone believed in me. Because they still believe in me.

I am Brittney Bray and I am For the Child.